Good morning everyone! We would like to point out the tracks taken from Afrofuturism II that made it into the Beatport Top 100 Tracks, after that the album stayed for 7 days at number 1 of the album's charts in the same genre (Reggae Dancehall Dub). We are talking about an amazing success if we consider that Ethiopia Ringaracka is a ghost project by Gerolamo Sacco, who does not have an independent music activity. Also, we need to consider that Afrofuturism Volume 2 replicates the success of the fisrt one 4 years later.

Here are the tracks that got a poisition in the chart: 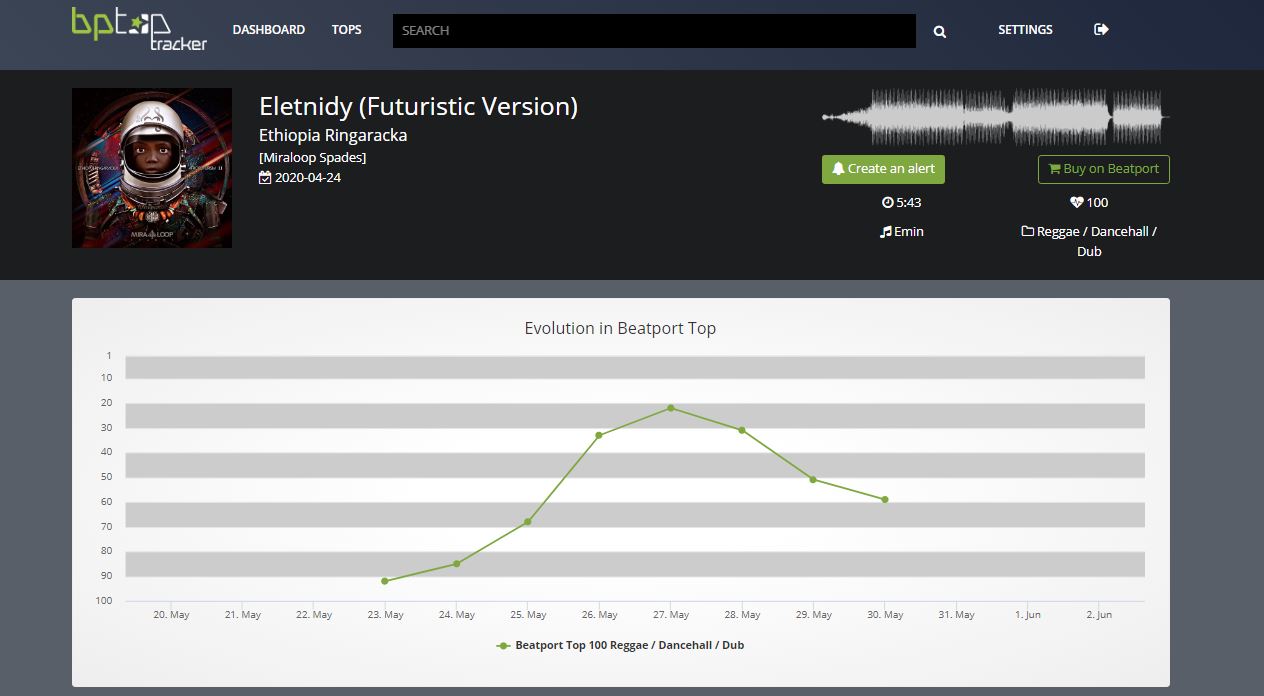 The most dancehall track on the record, with his persistent loop, follows Eletnidy and gets place number 23. But, it is the best selling track on the album. 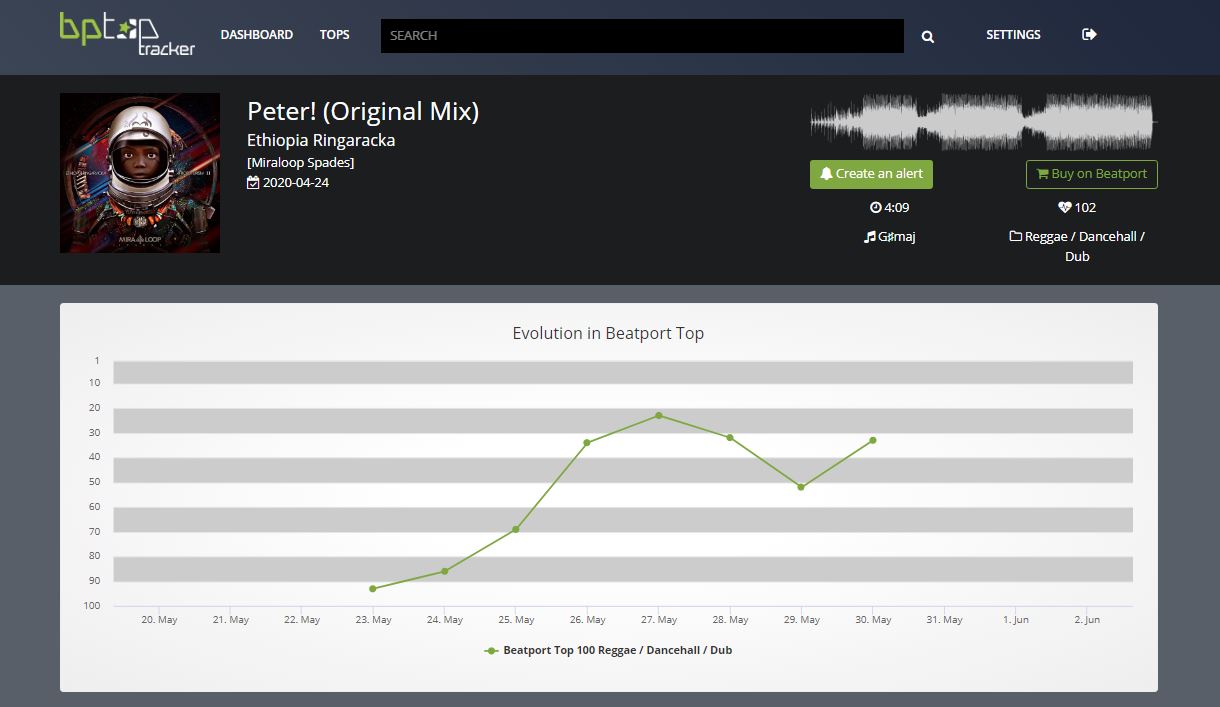 Ocean Drive gains position number 24 and it represents the surprise of Afrofuturism II. A 5 minutes long loop dub with atmospheres that are almost more connected to the Indian Ocean than Amharic plateaux. It looks like if they almost wanted to express a run towards the sea. It is also the name of a street in Los Angeles.
This is a track especially for dub and downtempo lovers that is very much appreciated in Australia. 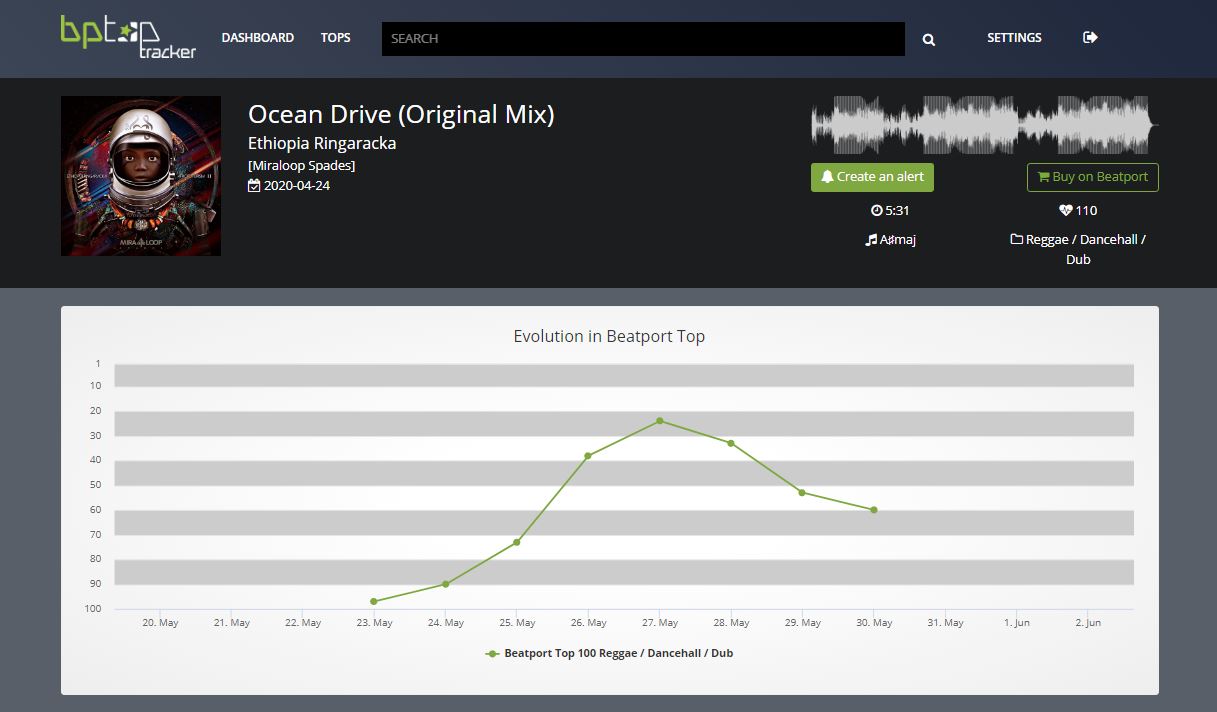 This is the most stracking track from Afrofuturism II, a strong and synthetic 3/4 beat enriched by archaic samples: war horns and songs with simple and consistent rhythms. A proper bomb for the low intensity DJ sets! Bagymon is also in chart mostly thanks to australian's downloads. 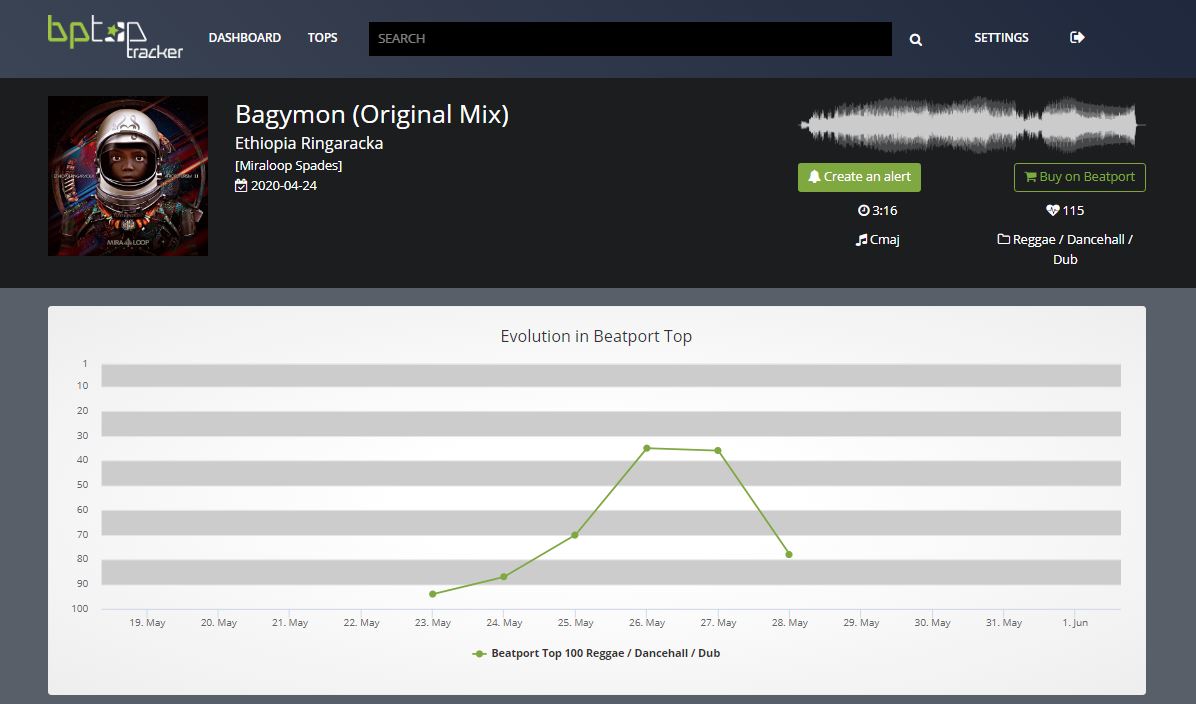 The "Afro-House" Afrofuturism's dancefloor, corresponding to what was Hemiola in the first Afrofuturism, is very much appreciated and gained the 36th place on Beatport's Top100 Reggae - Dancehall - Dub. The fact it was not filled out "correctly" as a Afro-House song but it is still part of the dub chart is due to a choice made by the destribution wanting to release only one genre. 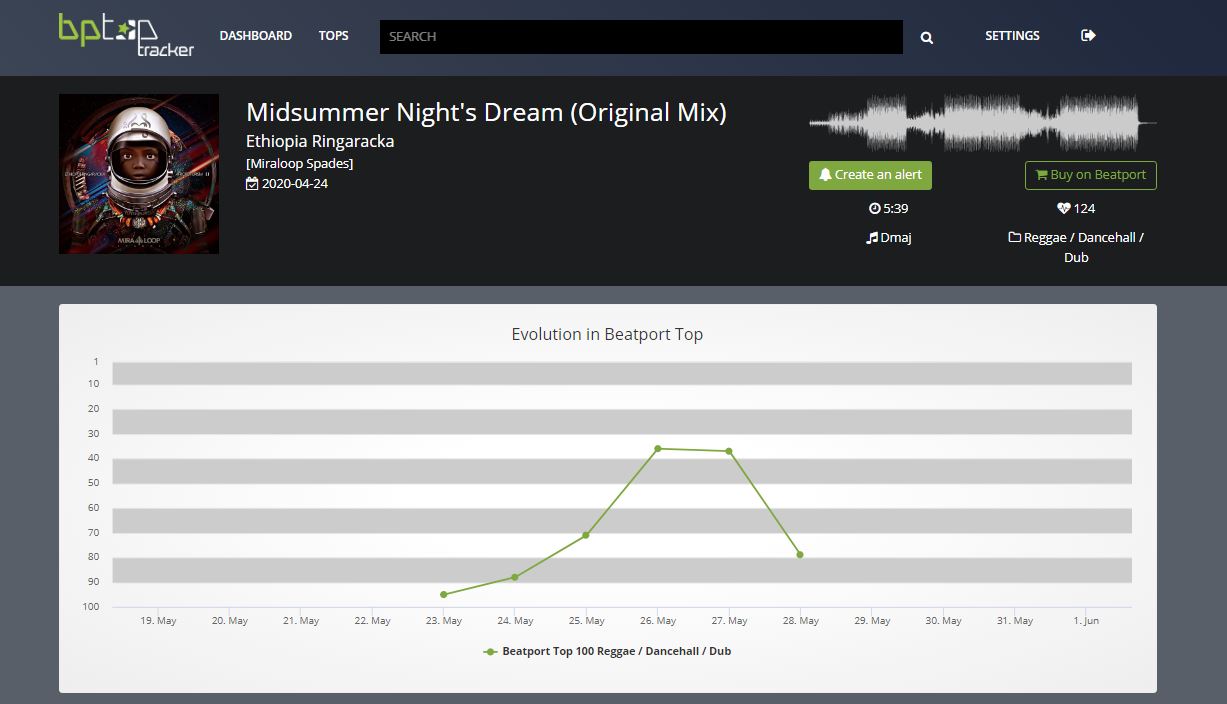 Together with Bagymon, Sambaloop is the song that most interprets the most exaggerated side of the African music, with the style of Ethiopia Ringaracka made of bug tun beats with strong trap influences. However, not to be underestimated is the role of the piano: the synthetic marimba, which sustains the whole song comes from a round of four-handed piano. As a matter of fact, all these characteristics give birth to a unique song, awarded by the high number of downloads. 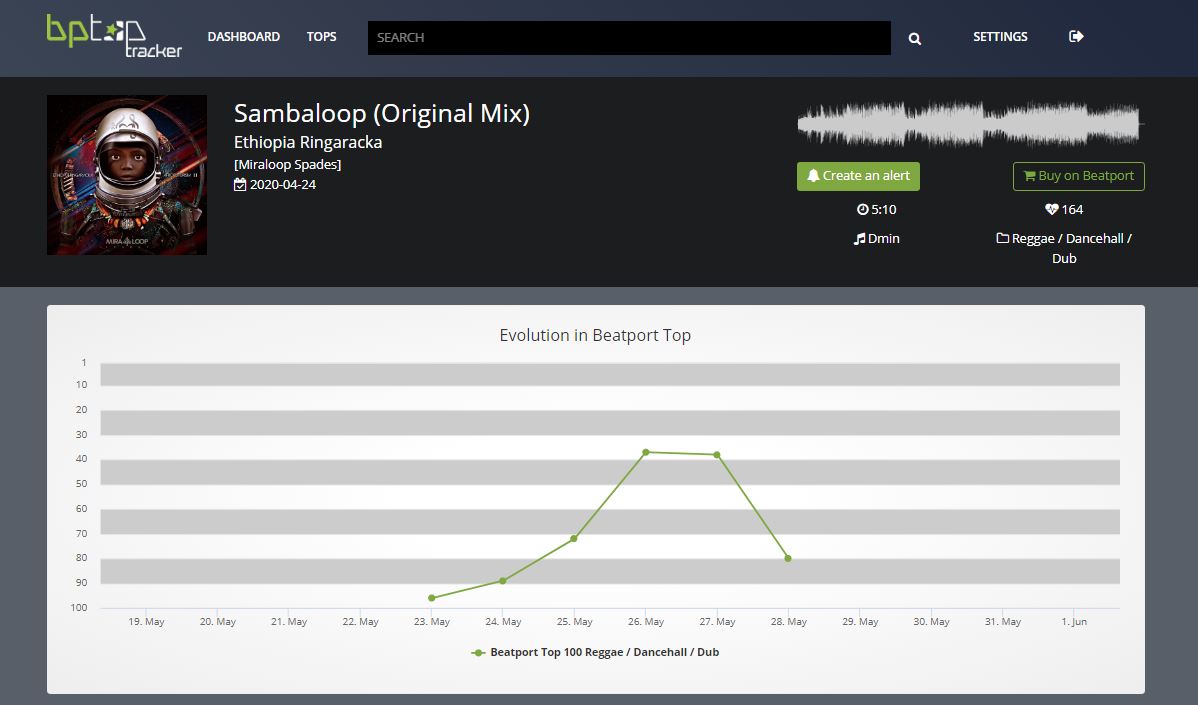 This is definitely one of the most appreciated tracks, it is also the one used in the advertising teaser trailer used to publish the album at the time of its release. Within Accanisha's peculiarities, surely stands out the singed chorus that just can't get out of the listener's head and the low dub made by Luzee, special guest for the occasion at Miraloop studios. Save the planet marks the beginning of Afrofuturism II. The sunset on a village between the mountains, a mystical and powerful charm between the Amharic songs and sempled and reconstructed flutes following a creative and dreming line. Save the Planet also entered the Beatport Top 100 Reggae Dub Dancehall chart. 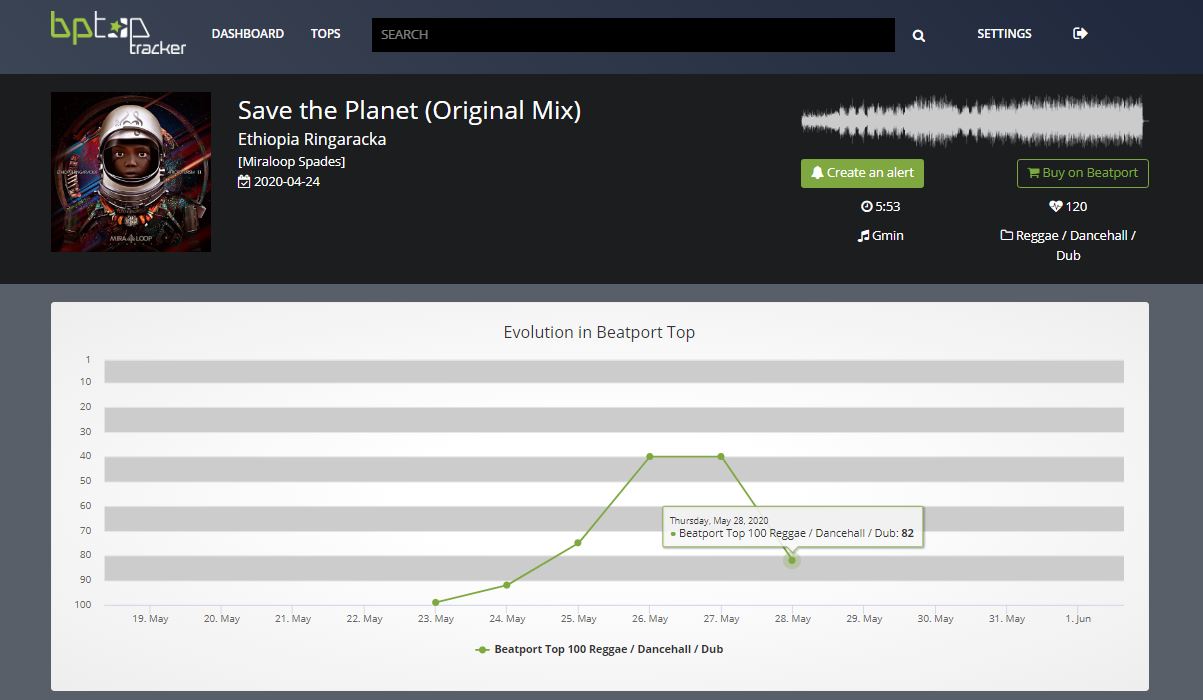 Huge congratulations to Mario Cappilli for his album "White Sands" that has already obtained his place of some iTunes chart!

Congratulations to Devon Miles on his achievements for his brand new single "Pressure" that, after a little bit more than a week from its release, has already reached two great positions on different iTunes charts

Congratulations to Francesco Malaguti who, with his new album "Odissea '84" reached iTunes charts placing himself among the BIGS!