Citing Wikipedia? I don’t have to: in fact, it should be Wikipedia to cite the external sources, not the contrary. Criticising Wikipedia’s entry? Idem, Wikipedia’s policy already expect its pages to be freely changed overtime by its users. Anyway, everyone is citing Wikipedia, it’s used (wrongly) as a source, and many of you already know how long it takes for Wiki to approve the corrections. Let us see the definition of „independent record label” on Wikipedia, 2 June 2015, and let’s have some fun. Actually, it’s not us who should write the definition – conflict of interest. But let’s at least hope, in all sincerity, to give you a push to go and modify this entry.

Secondly, it needs to be suggested that there are not only „independent labels” or „majors”, but also hundreds of labels which are neither. The „majors” (that is the principal, multinational recording labels that acquired this title, historically Sony-Columbia, Uhiversal, Emi, and Warner) include hundreds of labels, from da Decca to Deutsche Grammophone, and sell through many of these brands. The independent ones are simply all the rest.

Talking „profit vs art” there’s a fact that indies very often have access to an artistic research, unlike the non-independent ones. But it’s also true that from the 1989, that is from the fall of Berlin Wall, the division between market and art should be buried together with its mother ideology: if there are people who consider Giorgio Gaber more artistic than Katy Perry this is for sure the market’s problem more. Every independent and non-independent musician wants the same kind of success: simply, the non-independent one has the production budget, which gets ahold of him. The beginner musicians choose indies because there’s not enough place for everyone at majors, but also because indies are more specialised: a musician who does „French core” (to say a random niche genre) or the one who invents new genres, fits much better in an independent label which does French core, than in Sony. It’s also to be be reminded that independent recording labels are not in fact outside the market. In countries like Italy, France, Spain, or Netherlands, the independent labels are almost stronger than the majors (we wrote „almost”….. damned talents! ?) 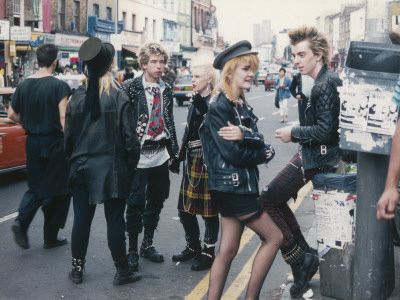 "The punk rock movement was another turning point for independent labels, the movement's do-it-yourself creating an even greater proliferation of independent labels.[3] In the United States, independent labels such as Beserkley found success with artists such as The Modern Lovers. Many of the United Kingdom labels ended up signing distribution deals with major labels to remain viable, but others retained their independence, such as Industrial Records, Factory Records, Warp, Ninja Tune, Wax On, and BlancoMusic. Another factor that came to define independent labels was the method of distribution, which had to be independent of the major labels for records to be included in the UK Indie Chart. The UK Indie Chart was first compiled in 1980.[6] The chart was unrelated to a specific genre, and the chart featured a diverse range of music, from punk to reggae, MOR, and mainstream pop, including songs by artists like Kylie Minogue and Jason Donovan on the PWL label. By the late 1980s, the major labels had identified an opportunity to establish new artists using the indie chart, and began setting up subsidiary labels that were financed by the major labels but distributed independently. This allowed the major labels to effectively push the indie labels out of the market, and the independent chart became less significant in the early 1990s. The term "alternative" was increasingly used to describe artists, and "indie'" was more often used to describe a broad range of guitar-based rock and pop."

This passage, which says also some interesting stuff, in other places made us laugh, in particular when it mentions punk to make the whole concept more credible. Punk is remembered in the history of indies, because it brought Offspring to charts in the ‘80s in a sector dominated by non – independent labels, that’s for sure. But in the world of pop (first) and electronic music (second), this exception becomes a rule. Think about the ‘50s of Sun Records (Elvis Presley, Jerry Lee Lewis, Johnny Cash), or the ‘70s and Casablanca, a label which practically gave life to disco on its own, not to forget what happened later with the dance music scene, which almost destroyed all the majors’ projects. There’s nothing more satisfying for a music critic than to mention “blues” and “punk” instead of r’n’r, pop, and disco music. ?

Anyway, if we pull away from the „independent label”’s definition and come closer to the „record label”’s one, here Wikipedia does the worst job. Let’s suppose the authors were not the same person. Let’s see what happened here:

"The birth of Independent Record Labels" (for the series, no advertising on Wiki)

"On the punk rock scene, the DIY ethic encourages bands to self-publish and self-distribute. This approach evolved out of necessity around since the early 1980s, due to the major labels' aversion to signing the punk rock bands that spawned after the initial wave in the mid-70s. Such labels have a reputation for being fiercely uncompromising and especially unwilling to cooperate with the big record labels at all. One of the most notable and influential labels of the Do-It-Yourself attitude was SST Records, created by the band Black Flag. No labels wanted to release their material, so they simply created their own label to release not only their own material but the material of many other influential underground bands all over the country. Ian MacKaye's Dischord is often cited as a model of success in the DIY community, having survived for over thirty years with less than twelve employees at any one time."

The authors start from punk right away to be credible. Saying that independent labels were born with the punk music scene is like saying that Coca Cola was born with its Christmas commerical in ’81. But see how they continue:

In practice. Independent labels were born with junkies from DIY in the ‘80s, later, in the ‘90s we had the artists liberated from the pressure of the industry: the Jalisse. Understood? ? I’d like to make it clear that I have nothing against Jalisse, I even like them. But while talking about the ‘90s you can’t forget that Italian indies sustained the world’s dance music scene almost alone, long before Jalisse. Think about „Children” by Robert Miles, or „Ride on Time” by Blackbox from the ‘89’. Not to mention what happened between the ‘70s and the ‘80s. Well, he mentioned Jalisse.

On occasion, established artists, once their record contract has finished, move to an independent label. This often gives the combined advantage of name recognition and more control over one's music along with a larger portion of royalty profits. Artists such as Dolly Parton, Aimee Mann, Prince, Public Enemy, BKBravo (Kua and Rafi), among others, have done this. Historically, companies started in this manner have been re-absorbed into the major labels (two examples are American singer Frank Sinatra's Reprise Records, which has been owned by Warner Music Group for some time now, and musician Herb Alpert's A&M Records, now owned by Universal Music Group). Similarly, Madonna's Maverick Records (started by Madonna with her manager and another partner) was to come under control of Warner Music when Madonna divested herself of controlling shares in the company.

The story of independent labels, after splendidly arriving at „Jalisse” who won Sanremo in ’97, could also mention Daft Punk and Prodigy, or when it comes to labels, Spinnin’ Records or Ultra. But the authors of the entry chose to include Elio (which was born independent and then signed a contract with Sony) and the legendary Prince (not so independent), and after that they also talk about „Righteous Babe Records” – the best example of an independent label (?!). Just to add some „soul” touch to the review.

Without knowing who it is, but sure she’s a great artist, we’d like to send our greetings to Ani DiFranco, and to all of you and invitation to modify Wikipedia, if you’re already learned in the subject. See you soon!

Vulcano by Keller, the only record published by an independet record label: Miraloop, rankes #10 on iTunes Top 200 Alternative chart.

Pablo Ort is back with an amazing single that anticipates his first album. Never Get Burned rankes #9 on iTunes' Top 200 Reggae chart.

4 genres of music, different ways to listen to it, one reality. Miraloop and its 4 record labels present its "mini suite"

Music and Discography at the time of Covid 19: Losses and Opportunities!

A reflection on the world of music at the time of Covid 19. Losses and opportunities for artists: is it time to go out with a record?

How the system deceives the aspirant artists #2. Art VS Market | Music & Marketing

Part 2 of 2. How does the system deceive the aspirant artists? An article about music & marketing, in the blog of the record label Miraloop

How the system deceives the aspirant artists #1. Art VS Market | Music & Marketing

Part 1 of 2. How does the system deceive the aspirant artists? An article about music & marketing, in the blog of the record label Miraloop

10 myths to dispel on artists, labels and record companies

Looking for a record label? Someone who believes in talent? Want to know more about what a record company does? 10 fake news disassembled in an article

Is rock alive? When, how, why: music vs marketing

A brilliant article about the influence of marketing on music. History on how the idea of rock changes and how we use the same term to talk about different music genres.

Why in Italy there are so many talented artists but few original music scenes?

Why in Italy there

Wikipedia and its supporters give, sometimes, not very accurate definitions and forbid any kind of editing. All the mistakes about the subject: Independent record label