IFPI's Global Music Report comes on time, and as every year we share an article about it on our blog. The surprise of 2018 is certainly the continuation of the positive trend. The data, in short, tell an evolving world with shocking numbers:

Not surprisingly, the increase in streaming rates is almost all in favor of the characters you see in the cover photography. Streaming drives the rise of the music market primarily thanks to Spotify, which reaches an impressive 157 million users, the newly born Apple Music, and their main challenger. We are obviously talking about Youtube Music, launched on the market just a month ago. It is no coincidence that streaming goes in favor of a few because the wider the market of music consumers is, the more the public directs their choices towards music that is easy to understand and enjoys more media exposure, especially because it is not music that you pay for, except with small subscriptions. 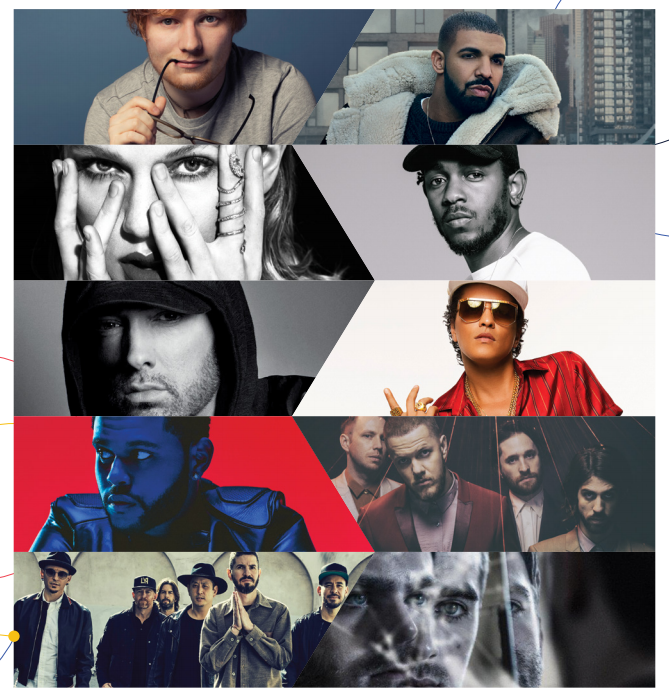 To give you some reports about our record company, Miraloop, Miraloop Records, we are traveling to about 40,000 streaming per month and 1200 hours per month of Youtube views. Numbers that make us proud but that are not comparable to the products of the US major.

The Global Music Report, which you can download as a pdf file and read on your smartphone at http://www.ifpi.org/downloads/GMR2018.pdf, contains a wealth of interesting information on the current market situation. One of them all was Italy's exit from the top ten world music markets, surpassed by the great new entry, China. Japan and Australia are on the rise, where streaming has increased music consumption considerably. Here is the current ranking:

Even if we are sorry for the fact that it has stolen the tenth place from Italy, the entry of China in this chart is very important and represents an absolute novelty, that no one should take for granted, despite the fact that the Chinese market in other sectors has long been abundantly developed and already in competition with the USA. China, in fact, does not use the same portals known in the western world but uses above all mobile phones and related services, independent of American and European multimedia giants.

As far as Italy is concerned, this data should not only be read negatively, but also with pros. Consider that, in large numbers, one state more globalized than another makes the difference. And Italy, fortunately musically, remains a country that maintains a strong cultural identity. Japan, in fact, which is now in second place, is observing the disappearance of Japanese music in the charts, to make room for various Ed Sheeran and ultra-commercial Atlantic projects. It would be an opportunity, we would say, to start investing in the music of the country. Spain, on the other hand, which exports the Spanish language to South and Central America, continues to be outside the top 10, with numbers about halved compared to the Italian market.

The Digital Music Report in 2016 becomes the Global Music Report. It no longer makes sense to talk about digital. And the majors are making cash.

IFPI Digital Music Report 2010. The Eclipse of the years 2000. IFPI's annual report for all readers of our blog