How long has the project been running?

Electronic Pills have been working together since 2008 so three years ago...

I was impressed both by the name of the group Electronic Pills and by the title of your album Pussy has give to my life a sense... but let's dwell on the first one: From what does this name come out? The choice of the adjective Electronic already says a lot about your musical orientation... do you feel particularly close to this genre?

Yes, the name Electronic Pills comes from the idea of playing electronic music as a cure, thus arriving at more and more evident forms of carefreeness. The adjective Electronic is congenial, electronics is part of my world.

Instead, tell me a bit, how did the choice of such a strange title for this album fall?

I don't need to translate it for you, since the concept seems very evident to me... the title is a deliberate mockery of the female universe. In this project we gave free expression to our thoughts by rereading them in a purely ironic key, the basic message could be: what a man thinks of a woman ... but this only on the surface, because with a closer look the hidden meanings are many.

Would you define it as a Demential title with a capital D?

At the limit of the demential I would say...

We'll talk again about the meaning of the album in a moment, but first let's dwell on some essential points. The tracks of the album are 12, and they were all composed in English, why did the linguistic choice fall on this language, as it often happens to many Italian groups?

I find musical English and that's why I chose it; it's the most spoken language in the world and we wanted to communicate to a wider audience. Writing only Italian texts is limiting, it is really difficult to combine the Italian language with the tight rhythms of the melodic lines, while English is very malleable and rhythmic and guarantees a remarkable freedom of expression.

The Electronic Pills are formed not only by Johnny Pill but also by Ricky Rave who unfortunately is not here with us today, can you explain to me the roles you play in the project?

We both sing, but while Ricky, who is also a dj, takes care of the sound of the guitars, I am attentive to all the other instruments we use from the keyboards to the electronic bases and if there is a hand to be given on the guitars too there is no problem.

How would you define the total genre of the album?

Are there any current groups related to this musical genre that can be considered as reference artists who may have influenced your work?

Not bad! You can therefore deduce that your doing electro rock leads to...

Experiment! The electronics brings out more musical genres even old and mixes them at best, we try to reinvent the electronic sound with new elements even rock or pop.

A very important feature of the Electronic Pills is their live dimension because in addition to the part played and sung that you can listen to from common headphones you also perform live so in direct contact with the public. Tell us about this new congenial dimension.

It's not really a new dimension for us, congenial instead it is. We consider ourselves a transversal group, we are trying to transmit to the audience that follows us an evolution of the sound that is as pure as possible. Our live shows that last from forty minutes to about an hour have always been appreciated by the audience.

Rumors have revealed that during your live DJ set you enjoy dressing up as doctors wearing shirts and equipped with stethoscope ... Can you confirm?

Yes, it's true, we are also called The dOCS ... you must venerate us to hear!

Okay, I'll make sure... How long have you been playing live?

It's been two years now, we already have some experience in that field.

Are we talking about your relationship with lyric writing? What is the thing that comes first, lyrics or music?

Normally I usually create the basis first, then the text. I don't give such importance to the latter, I certainly take care much more of the sound in general; in fact, as you can well understand from the title of the album, the songs follow that approach, the lyrics are disengaged, frivolous and light, there is no poetic vein inside, they are unmistakably ironic.

How much time do you dedicate to perfecting the sound?

Instead, has the printed paper ever dedicated space to your talent?

In the XL of Repubblica of a few years ago appeared an article about us we were included in the section emerging artists ...

Wow! So let's say that soon you will be able to strip yourself of the adjective "emerging" too often associated with groups of recent times and call yourself almost famous? Would you like to?

Audience satisfaction is the key to success: on which commercial target do you bet? Is it a more femiale or male audience?

The target ranges from 18 to 30 years so it is quite varied, we are generally more appreciated by women but this imbalance with males is not abyssal.

I ask myself a question - forgive my bluntness - but I do not understand how it is possible that you are followed more by women ... your songs certainly do not put in good light our position even from a sexual point of view ...

If there were no women, no one would go to work (laughs).

Is there a top song that better represents the meaning of the whole album?

Yes, Conversation is the workhorse of this project...

Can you tell us what the lyrics of the song are about?

(laughs) It's very simple. The piece tells of a meeting between a woman and a man. In the first approach, the first one is focused on talking about itself without caring about anything, instead the second one that is not really paying attention to her, has only a fixed thought in his head... clear isn't it?

If there was a video of this song how would you set it up?

Beautiful... I was thinking of something like two people, a male and a female, talking at a table...

Would you be the protagonist?

Two more general questions instead... where would you like the music to be oriented today?

So basically I would like good music to be proposed always; I know it's a general concept but for us musicians it's a fixed point. Our goal is to give the audience what they unconsciously want but this is not easy because people have very different needs: everyone should approach good music and have their own thoughts about it without being influenced by other factors. The artist and the music professional are two distinctly separate figures. Negramaro are artists, Ligabue is a music professional.

Where do you place yourself in this subdivision?

For now I don't feel like I belong to either category, it's too early to say, but later on I'd like to become a music professional and give my audience something fantastic, I hope I can do it.

We've come to the end, the last question, in which countries would you like to propose yourself?

Because there the fun is conceived and lived by every single person at 360 °. Then also in England, France and New York I believe only in this American city electro rock can be appreciated and well shared by even the most committed audience. 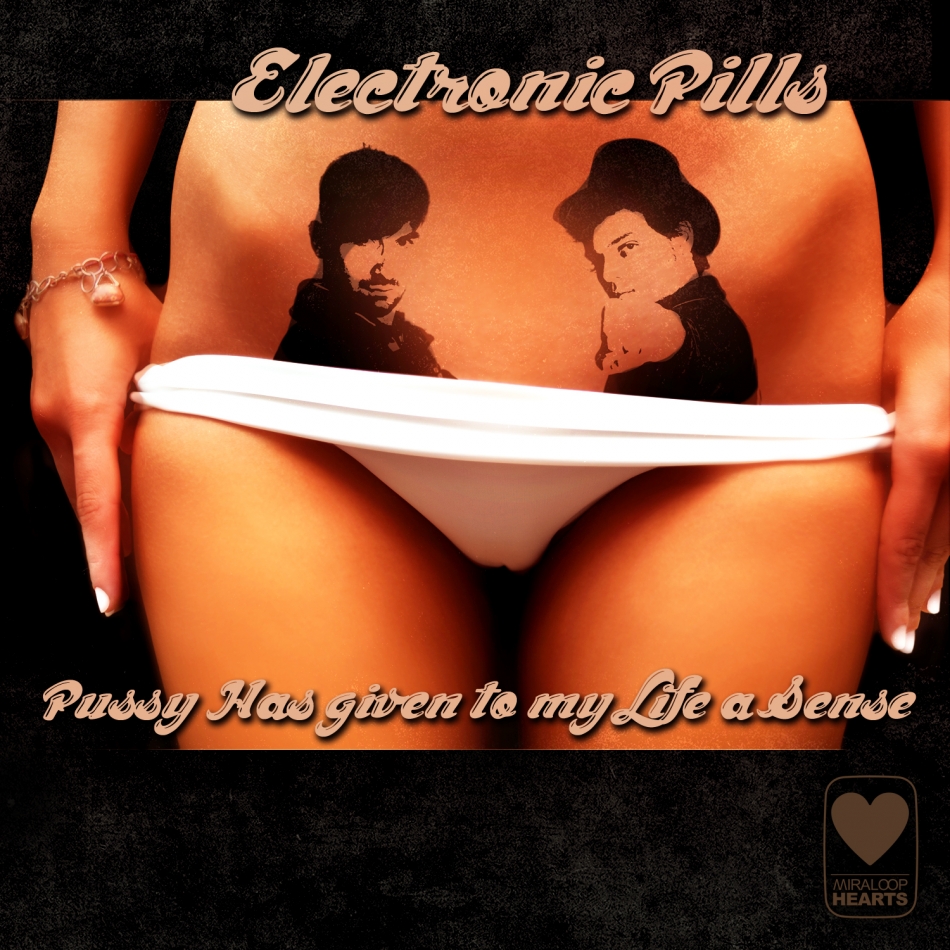 Silvia Cinti interviews Johnny Pill for the release of Pussy, the PILLS album a masterpiece of electro rock made in Italy.