Ten good reasons to give your demo to a label

Good morning to all the musicians in Italy and in the world. Today we are in the mood for advice, and we hope to please all those who are about to release a record. The “ten good reasons why you have to make a label listen to your demo recording instead of spending all your money in a recording studio”, was born from the need to improve the musical adventure. And maybe even the world of music, why not.
Before we reveal them, however, let’s step back.

Years ago, not too long ago, recording studios were chosen by music labels. Creative people of the label rented the studio, including sound engineers, and they put a producer to work with the band (and groupies, sometimes) and the release came out. The musician paid the label, and the label paid the recording studios which had rented. Who was well-known among the musicians, often paid the release with an advance from the sales of vinyls and CDs.

Today, however, the situation is very different. Both artists and recording studios, often, feel an inferiority complex towards the labels, until they have to divide a job that does not belong to them; make the releases, which historically belong to the labels. Today, among the artists, it is very fashionable to spend money for recording studios; musicians are enchanted by the vision of giant mixers, garish carpets and polished parquets, and then they go in search of a label with a “finished release.” Most musicians do so, armed with dreams and email addresses. And studios cannot wait: they spent a lot of money for all that goodness, and the more releases they record, the more they have the chance of surviving

But be careful. Are you sure that after being in the studio, the album is finished?
We receive a lot of demos. Sometimes it happens to say to the musician “Congratulations! Beautiful demo!”. We are convinced to make a nice compliment, but … But they answer that “the release is finished.” “We did it in the studio” – they say. What’s the name of the studio? They always sound the same. Not the studios, just the names, they are all similar. “Super Sound Recording Studio” / “Garage Studio Records” / “New Sound Studio” and so on (fancy names, but they surely exist). The sites appear with the same photographs, wonderful spaceships with polished floors, huge mixers, rack cabinets, and many, many, colored lights. WoW.
But the release doesn’t sound good.

Yes. Very often, in fact, the record sounds just a little, or even sounds old. Old very old. Or, in other cases, the record sounds technically perfect, but the potential of the song are expressed to 2%. And who wants to explain to a guy, who has already spent all his money, that to record a pop hit a computer, a good preamp (which is not large and does not have many buttons and so many lights) and a good microphone are enough? Or to explain that the product he has created won’t make a good impression neither with a promo on a local radio. Or that, with the voice that has, for example, he could smash the musical scene and instead the product he has is similar to other 10,000… Nothing to do in most cases. And it’s very, very tiring.

So we decided to leave this memorandum in the network, a small guide, where we list 10 good reasons not to introduce to a label with a release “finished in the studio.” Neither with covers & booklets, as it happens in most cases. Who knows if this may not be vital to some creative people! Enjoy the reading:

Ten good reasons why you have to make a label listen to your demo recording instead of spending all your money in a recording studio. 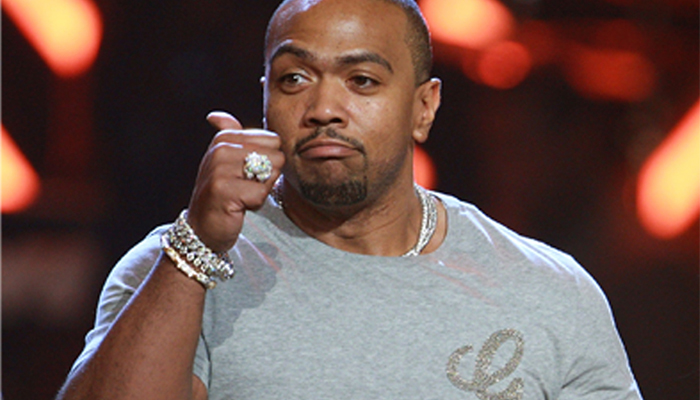 Post-production is all it takes to close a track, once it has been recorded all over the audio material needed. The recording studios, in most cases, do not post-produce (if not to limit the defects of the same recordings). Post-production is an art that goes beyond recording, and cannot be made by a simple engineer. Timbaland is not an engineer. Generally entrust the post-production to a label means entrust it to a creative. A good engineer can copy the work of a creative, but chasing is never a winning solution. And anyway, no matter who is it there behind the mixer, it is very important that the post-production is made by a different person from the one who has recorded. For exactly the same reason why in the cinema, even if the director knows how to make a montage, he entrusts the work to an editor, and the editor does not make the work of the colorist. 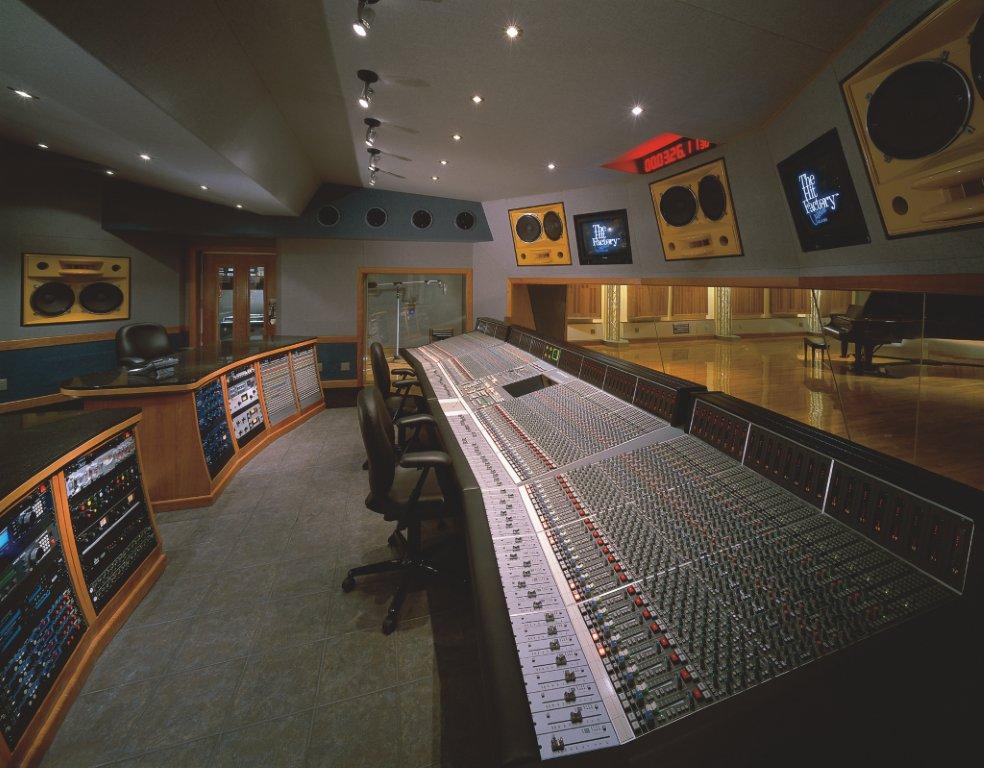 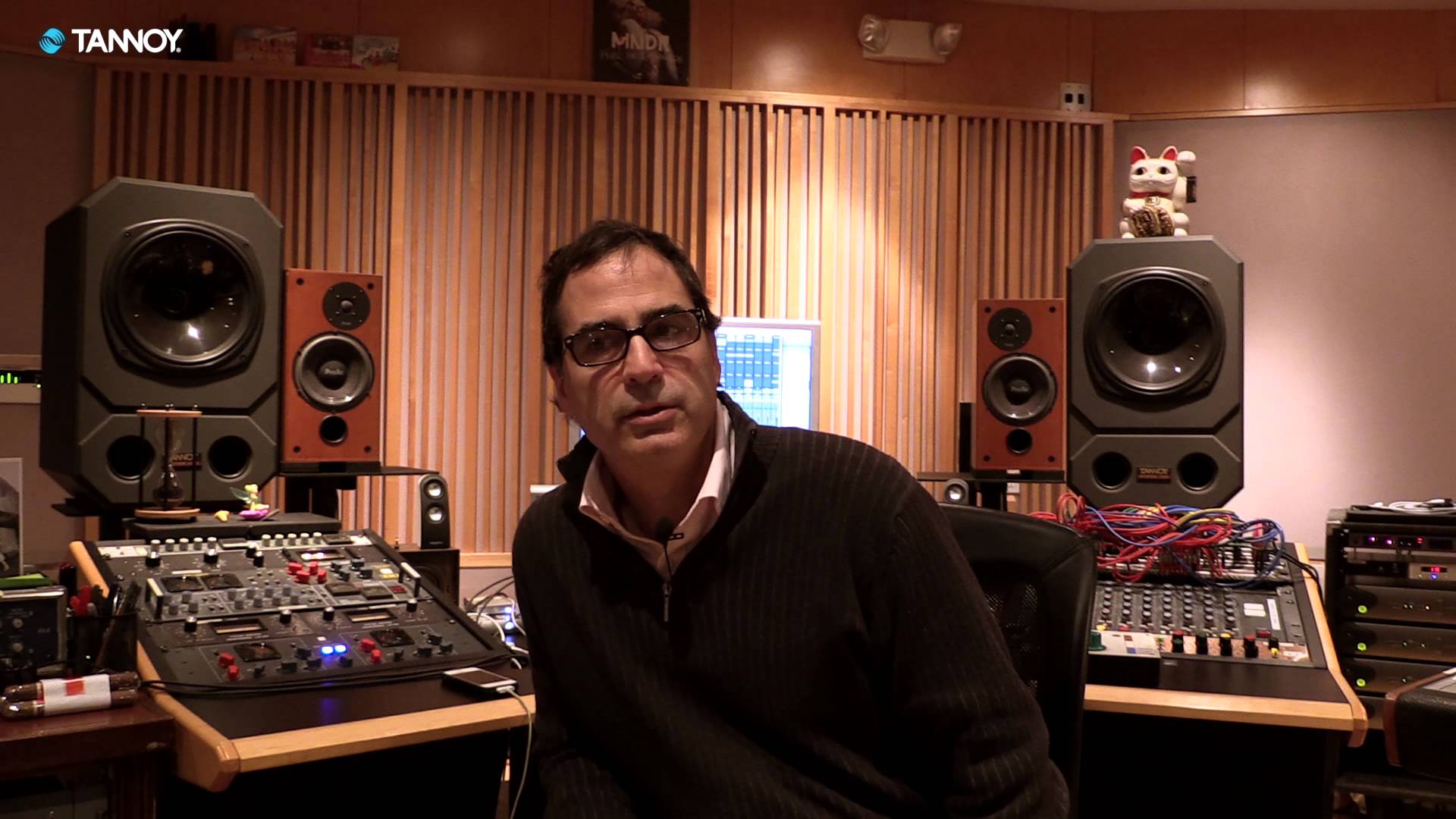 Tony Maserati goes around the US with a couple of monitors, a laptop and a sound card. And so he launched the Black Eyed Peas. The difference between a recording studio and a label is that a recording studio will always offer you the most expensive solution to make the perfect release. A label, however, do not give a damn to make you spend all your money. Rather. Be sure that the label knows where and how to make you spend little or nothing. Also because if it has artists under contract, it has already been set for cover. the disc is strong or not, nothing changes. Both morally and economically. Why? Because recording studios are economically based on the number of releases that are recorded and on the hours you spend in the rehearsal room, while the labels are based on the quality of the releases that are published. If it takes you two years to make a record label we won’t earn, indeed. True that there are glorious studies like Fonoprint or Nautilus who count on the number, as well as on the contrary there are labels like Thesedicks Records that make money on the numbers, but exceptions aside, the business model is very different. If you do not want to be a +1 among many 1s, before finishing the release, ask the label what they think. 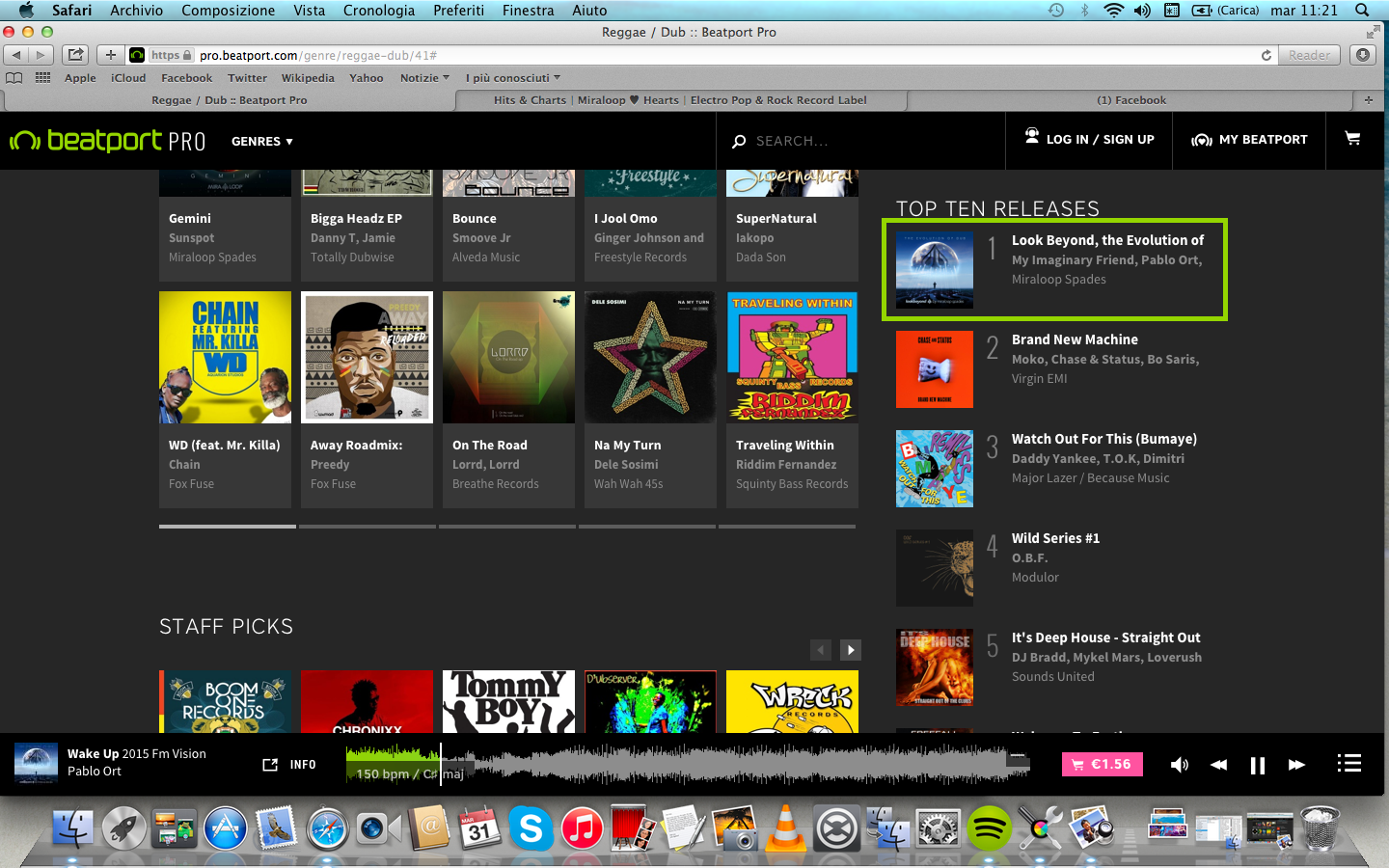 Nella foto qua sopra, una mia produzione al numero 1 della classifica reggae-dub di Beatport davanti a Shaggy, Marley, AlunaGeorge. Si chiama Afrofuturism, è firmato Ethiopia Ringaracka, un mio progetto afro-italiano futuristico e sognante. A label is bound, if it is not his natural vocation, to do marketing every day. Especially in the digital era. Convincing the distribution to put the banner ad on iTunes, breaking balls to the whole world to be visible in stores and in the best Mobile campaigns, leads the label to see the “record production” from the outside. Today the relationship between label and stores is a serious affair, it’s not like years ago when the record dealers were many and were counting something. Now the stores and streaming platforms and more relevant cabinet are about fifty worldwide. There are two business models in the world of e-commerce. The model “Business to Business” (B2B) and the model “Business to Client” (B2C). That is, the business that makes transactions with other business, without going directly to the end user, and the business based on transactions with the end user. To take a very simple example, the company that makes belts and accessories for big firms is B2B and B2C Armani store. Comparing this to our case, it’s as if the studio was B2B and the label … both: both B2B and B2C. A label, then, can work with the artists just like a studio, but then it must also know how to bring the product to the music consumer. Made this argument, do you think it is favorable to bring to end customers a job done by a person whose business is not dependent on end users but … only by how much money you give him?

The study makes the disc exactly as you want. The label maybe not. And this can make some angry. Because the study does what you want while the label comes about? Why bother to some artists who do not merely execute orders in the realization of the album? Questions seem simple, but they are not. Do not rush superficial answers. Unless you are a harpsichord master player, and especially if you do pop music, it is absolutely not recommended to entrust the success of the release to the mere registration of a sound engineer. The result is already heard, by definition. In theory it would be recommended anyway (see Bernstein and his post-production on classical music, small masterpieces), but if you do pop music, it would be a serious mistake, from Be-Bop-A-Lula to the Beatles onwards. For example, we are a pop label, we like electric stuff, fantastic, we work to build dreams, not photographs. They are also matters of taste, of course, but we don’t care about the naked acoustic recording because we are 60’s to the bone. The Beatles, without the magic of electronics by Sergent Pepper’s Lonely Heart Club Band at Abbey Road, would have never become the Beatles! 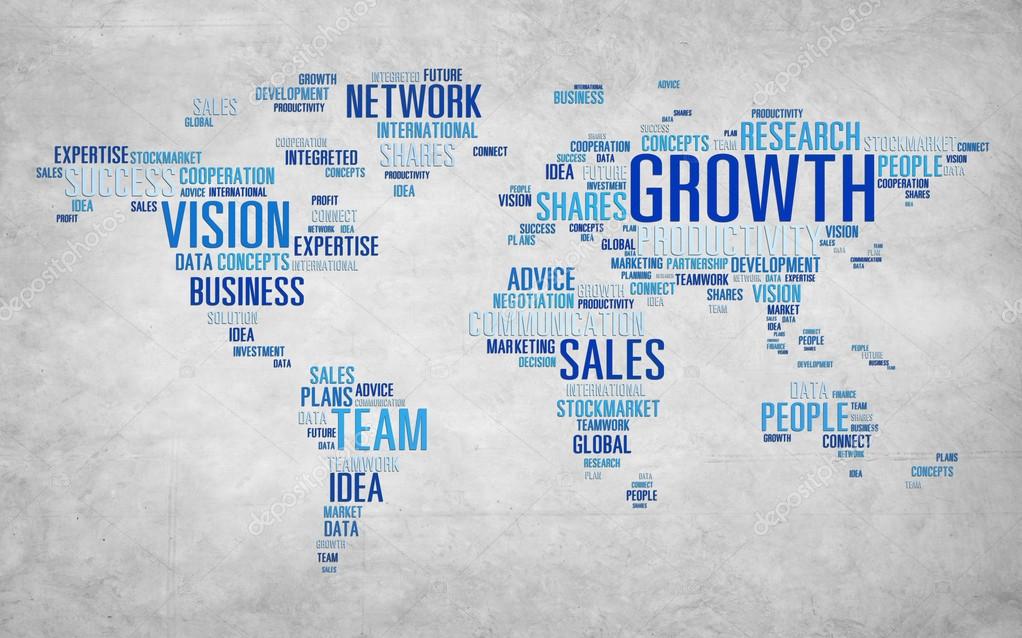 To succeed in the world of music, the most important entities you need are in order:

Not deepening why it is good to avoid having to deal with a subject who intends to do all three things (we know, it’s the dream of many people, but it can also be a nightmare, be warned …) you know that find booking agencies and the right promoter depends on the outcome of the work labels, because it is the label that packages the product in tandem with the work of agencies and promoters.

In short, hive off the recording from the production, as long as you are on time

And with this extreme synthesis of the 10 reasons, we wish you a good job, regardless of whatever the fuck you want to do. Because even the way you wake up in the morning, in the choices of life, has its importance.
We listen to demos and proposals to this address mail: hearts.miraloop.com
See you soon and again … good music!

Music and Discography at the time of Covid 19: Losses and Opportunities!

A reflection on the world of music at the time of Covid 19. Losses and opportunities for artists: is it time to go out with a record?

How the system deceives the aspirant artists #2. Art VS Market | Music & Marketing

Part 2 of 2. How does the system deceive the aspirant artists? An article about music & marketing, in the blog of the record label Miraloop

How the system deceives the aspirant artists #1. Art VS Market | Music & Marketing

Part 1 of 2. How does the system deceive the aspirant artists? An article about music & marketing, in the blog of the record label Miraloop

10 myths to dispel on artists, labels and record companies

Looking for a record label? Someone who believes in talent? Want to know more about what a record company does? 10 fake news disassembled in an article

Is rock alive? When, how, why: music vs marketing

A brilliant article about the influence of marketing on music. History on how the idea of rock changes and how we use the same term to talk about different music genres.

Why in Italy there are so many talented artists but few original music scenes?

Why in Italy there

Wikipedia and its supporters give, sometimes, not very accurate definitions and forbid any kind of editing. All the mistakes about the subject: Independent record label